The Word "Rhetoric" Doesn't Mean What the Pundits Think It Means

As SEK points out over at Lawyers Guns and Money, it's noteworthy that our punditocracy can spend a week blathering about "violent rhetoric" without defining the term -- indeed, while torturing the definition.

"Rhetoric," contrary to popular belief, does not mean "the words one chooses to use to make a point."

SEK teaches rhetoric, so here's the scoop from a pro: 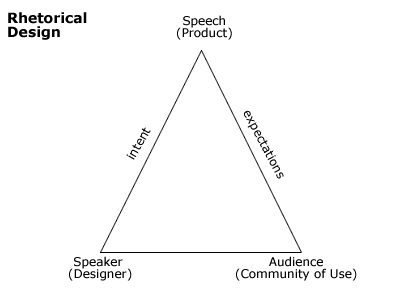 Note the interconnectedness of the speaker and audience. The general problem with discussing rhetoric in the current media environment is that the particularity of the audience is absent. Anyone can read or watch or listen to anything without regard for their relation to the intended audience and without reference to the action whose commission the rhetor intends...

Pointing out that Keith Olbermann associated Fox News with terrorist organizations foreign and domestic does nothing of the sort because the audience and intended effect of his statements is unclear. How unclear?

If we posit his intended audience is liberals and leftists who believe President Obama is a centrist—which strikes me as a fairly accurate assessment—then we need to ask what the intended effect on that particular audience of associating Fox News with al-Qaeda would be. Keeping in mind that we are currently at war with al-Qaeda, are we to believe that Olbermann is encouraging liberals and leftists to join a military-like organization and wage an Afghanistan-type offensive against Fox News? Given that his audience is composed of people who are, generally speaking, opposed to war, does that make any sense? Or is it more likely that he is simply attempting to create an association of like-with-like in which the likeness is supremely unflattering?

Certainly, this is of no consequence to partisan shouters, but it's nice to at least get our terminology straight.