Look, there's nothing wrong with right-wing maniacs spewing hyperbole about how liberals are a cancer eating away at the body politique from within, and it's downright uncivil for you to suggest otherwise.

The threats to the San Francisco Democrat came more than a week after Yee asked Limbaugh for an apology for “mocking the Chinese language” and the country’s president on his popular conservative talk radio program, spokesman Adam Keigwin said.

Here, via sfist, is the sweet little note he received, in all it's glory: 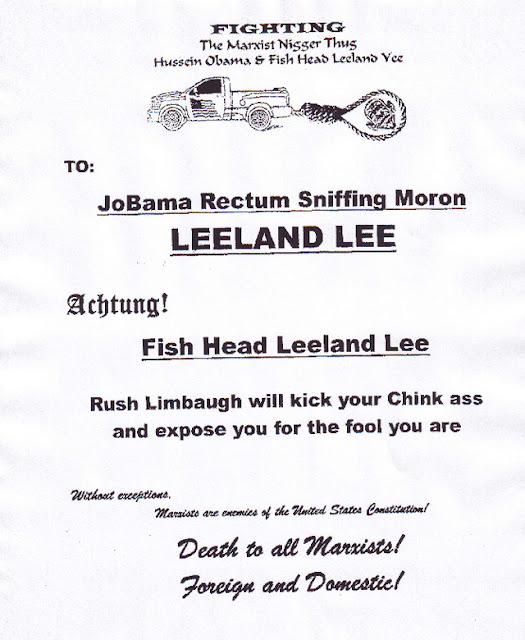 Consider, too, just how stupid one has to be to fax a fucking death threat to a politician.
Posted by Joshua Holland at 4:36 PM

Labels: lee, limbaugh, racism, thanks for the nice note, wingnuts